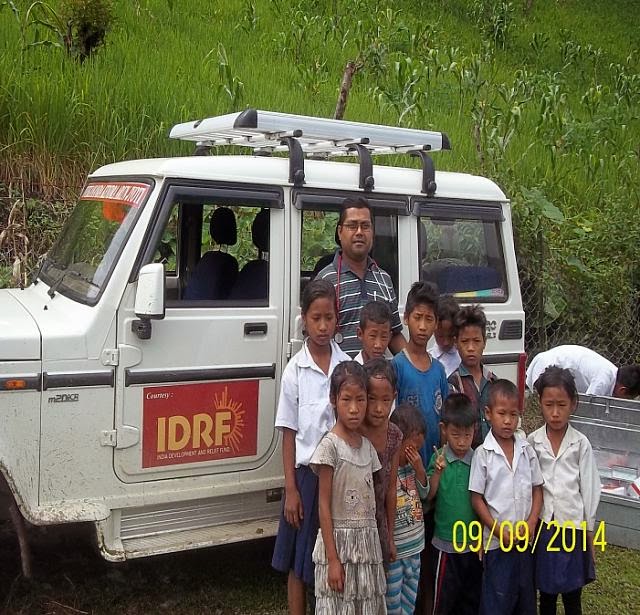 The Mobile Medical Team of Vivekananda Kendra recently conducted medical camps in Changlang district of Arunachal Pradesh. On 6th Sept 2014 a camp was organized for the students of Shree Rang Frah Vidya Niketan, Changlang. All the hostellers were examined by Doctor and medicines were prescribed accordingly. From 7th to 11th September 2014 camps were organized at Yanman, Upper Bubang, Chingsa, Sohelaktong and Bubang villages of Khimiyong and Kantang circles. A total 508 patients were treated by Doctor and free medicines were distributed.

The second phases of the medical camps were conducted at Kharsang and Miao circles of Changlang district. On 14th September the camp was organized at Chingsa village, where 56 patients were examined and medicines were distributed. The next day similar camp was conducted at New Khimiyong village, benefiting 65 patients.

Most of the patients were suffering from viral fever, water borne diseases and various skin ailments.
Along with camps, the team visited the primary schools of Chingsa and Upper Bubang. 31 students were given medicines for worm infections. Multivitamins were provided to some malnourished students. The Doctor advised the students to follow healthy lifestyle and maintain personal hygiene
at 5:44 PM