5 days workshop of weaving in Mangaldoi 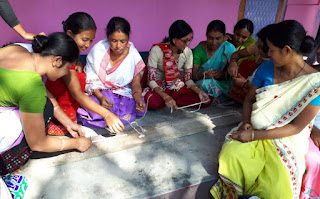 A 5 days weaving workshop was organized at Mangaldoi (Assam). 5 standard products will be made by 25 women and we shall organize a sales tour in jan 3-18.
at 10:59 AM No comments: 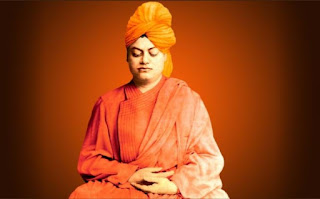 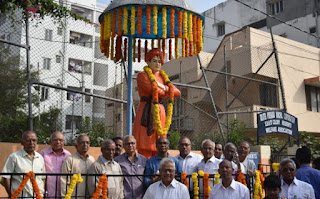 Swami Vivekananda Jayanti/National Youth Day was organized on 11th January 2019 at Hyderabad Central University along with Vivekananda Forum of the University. University Professors, students – 20 in number -and Kendra Karyakartas were present.

On 12th January, SV Jayanti was organized by VK Kaushalam with the local panchayat at Kismatpur village were over 100 people including MLA and Sarpanch and Kendra karyakartas.

At Karyasthan Gajularamam, over 200 people, including children and adults, participated in a rally, garlanding of Swamiji’s statue and public program for National Youth day.

At Nagole, Geeta saptah concluded where over 50 people had participated. The Jayanti Program was attended by over 200 students and karyakartas and was addressed by Sri Nageswara Garu. Nagar Sanchalak Heeralalji, Nagar Pramukh Srinivasuluji, Nagar Vyavastha Pramukh Yadagiri Reddy were present.
at 9:55 AM No comments: 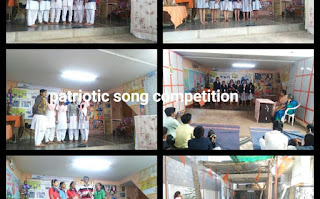 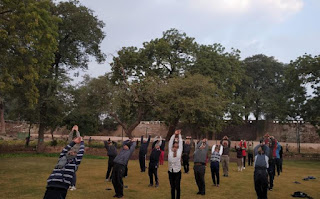 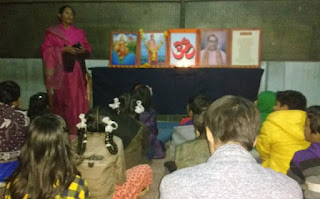 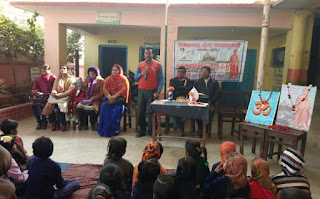 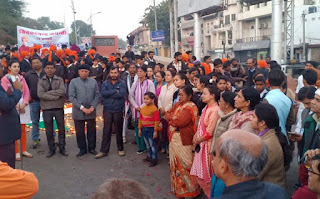 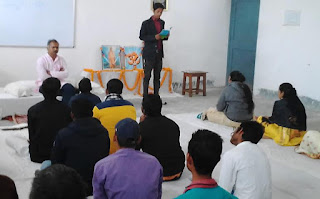 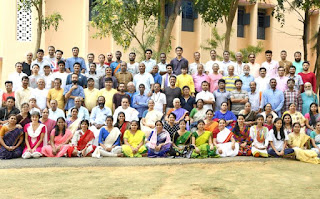 Camp was started with BhajanSandhya and Introductory session, wherein the participants were given orientation for the camp on 21st Nov 2018.

The medium of the camp was in Hindi and English.

The 63 participants of Yoga ShikshaShivir and 19 participants of Yoga Certificate Shivir were organized into Ten different groups, The Names of Holy  River Ganga, Yamuna, Godavari, Krihsna, Kaveri, Brahmaputra, Narmada, Saraswati, Sindhu, Kshipra given  to each groups.

During Manthansession Participants discussed on the subject based on various lecture sessions.

During Shram-Samskar, participants took care of the cleanliness, arrangement and management of the premises, accommodation, class rooms and dining hall displaying team-spirit and selfless service.

The Shivir went on well in a congenial, spiritual atmosphere with moderate discipline and affection.

Many of the participants have expressed their willingness to devote their time and energy for the Service of the society through Vivekananda Kendra. Some are enrolled as Patrons thus joining the large family of Vivekananda Kendra.
at 9:40 AM No comments: 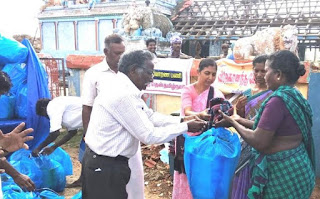 Vivekananda Kendra Kanyakumari has taken up relief work in the GAJA Cyclone affected areas. GAJA cyclone, which hit Tamilnadu on 16th of November 2018 has devastated the coastal areas especially Nagapattinam, Tiruvarur and Thanjavur districts. Coconut farms were flattened. A team of Kendra Karyakartas visited these areas and identified 1,500 families in the deep interior villages. Initially Kendra has contributed basic medicines worth Rs. 1,00,000/- which were utilised in the needy areas through Seva Bharati, Tamilnadu.
On 4th and 5th of December Vivekananda Kendra Karyakartas from Madurai branch have distributed relief material worth Rs. 5,00,000/- with the support of Seva Bharati to 500 families.  The kit material consisted of stainless steel cooking vessels, plate, tumbler, ladle, plastic bucket, mug, bed sheet. The deep interior villages are in and around Nagapattinam.
Similarly on 23rd and 24th December, 1,000 affected families were distributed with same kit, replacing bed sheet with a mat and a kilo of rice. Sri Shanmugavadivelu of Thiruthuraipoondi coordinated the entire work with meticulous planning and execution, with the help of youth in these affected villages. it was worth Rs. 10,00,000/-. 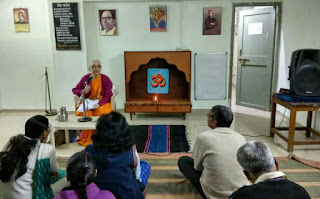 Celebration of ‘Gita Jayanti’ was organized onon 19 Dec.2018,MargashirshShuddha 11-Mokshada Ekadashi    a auspicious day which confluences three tithis (days) a rare occasion which comes after many years

The program took place in the evening at Kendra shakhaEknathBhawan,Panchavati  Nashik.

Aneminent Sanskrit scholar Prof.SauSaritabaiDeshmukh during her discoursehighlighted the importance of Shrimad BhgwadGita in the day to day life of a human being .

Thirty seven ‘Karykarta’s (volunteers) were present on this occasion.

The program was concluded with Kendra Prarthana (Prayer).
at 12:09 PM No comments: