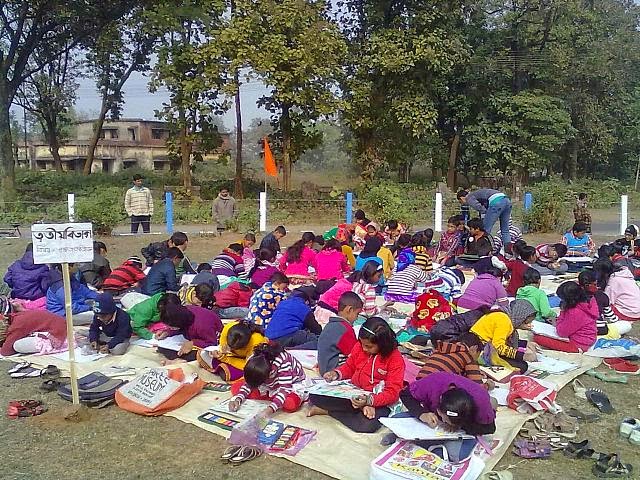 On 9th January Our program was started with Masal run called Vivek Jyoti. In this run we have covered approx 15km with 105 participants.

Drawing Competition: Total 333 participators participated in this Drawing competition. We have divided this competition into 4 groups according to the class division.

On 12th January from morning puja, yagya were held. Then 2 more competition were held on this day .Those are
The main attraction of the day is that "Dharma Shabha". Our main guest Prof. Janardan Ghosh (Professor of Vivekananda University of English Department) was present in this program and delivered his valuable speech . Along with Vivekananda Kendra Karyakarta Sri Biswanath Chakrabartty (Shantiniketan Bhibagh Promukh) also present . And also some of delegates personality of our society were present in this program .At the end of the program was the Prize distribution ceremony .

The whole Program was organized by Mr. Ruhidas Ghosh (Durgapur Branch Promukh)
at 10:57 AM