From Holistic Approach to Life - Antidote to Cartesian Partition 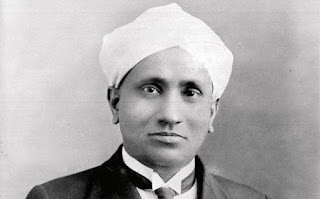 Sir Chandrashekhara Venkata Raman (7 November 1888 – 21 November 1970) was a renowned physicist born at Trichy, Tamilnadu. He carried out groundbreaking work in the field of light scattering, which earned him the 1930 Nobel Prize for Physics. He discovered that when light traverses a transparent material, some of the deflected light changes wavelength and amplitude. This phenomenon, subsequently known as Raman scattering, results from the Raman effect. In 1954, government honoured him with India's highest civilian award, the Bharat Ratna.

Raman also worked on the acoustics of musical instruments. Raman's work on acoustics was an important prelude, both experimentally and conceptually, to his later work on optics and quantum mechanics. In this issue, we have given some of his quotable quotes.

We are opening the issue with an interesting anecdote on “Holistic approach to life”.

Organic farming
Construction of Bio-methanation plants
Siddha Varma workshop and usual Networking
NewsletterIn the wisdom section, Yvon Chouinard, American Environmentalist explains the importance of Simpler life, Frtijof Capra the famous Physicist and deep Ecologist narrates how mythology and science are merging together and finally Werner Heisenberg’s admission that Indian philosophy helped him in clearing his ideas on the most complex issues.

For reading the newsletter, Please Click Here
at 12:47 PM